Today in the USA, it is Memorial Day. For most people, it is a day of picnics and fun in the sun, but it is also a day of remembrance and appreciation. It is the day we honor our fallen, those who gave the ultimate sacrifice to ensure our freedom. Instead of a usual blog today, I wanted to share a little about my first cousin twice removed, Paul Henry Hedrick.

Paul joined the navy when he was young in 1930. Ironically, he served aboard the USS Arizona. There is not much information available (at least that I can find) that details what he did from then, but I can see in census records that he married and had children. In 1936, he reenlisted in the Navy.

As we know, on December 7, 1941, Pearl Harbor was attacked and many lives were lost. My cousin was among them, meeting his fate aboard the very same ship where he’d originally fulfilled his military duties. Today, I wanted to take a moment to thank him for his service, his dedication, and for his life.

P. S. If you are or know a descendant of Paul Hedrick, I would love to hear from you! 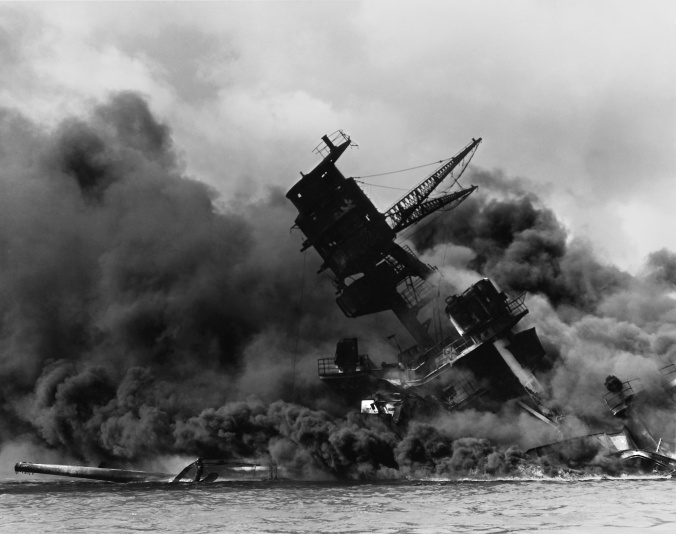 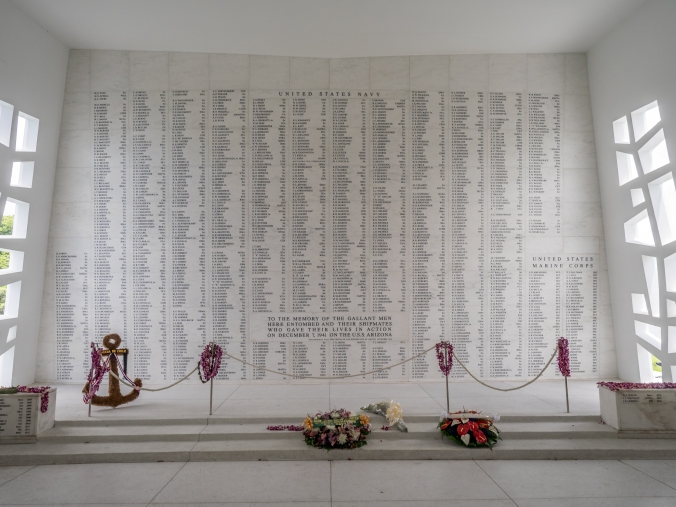 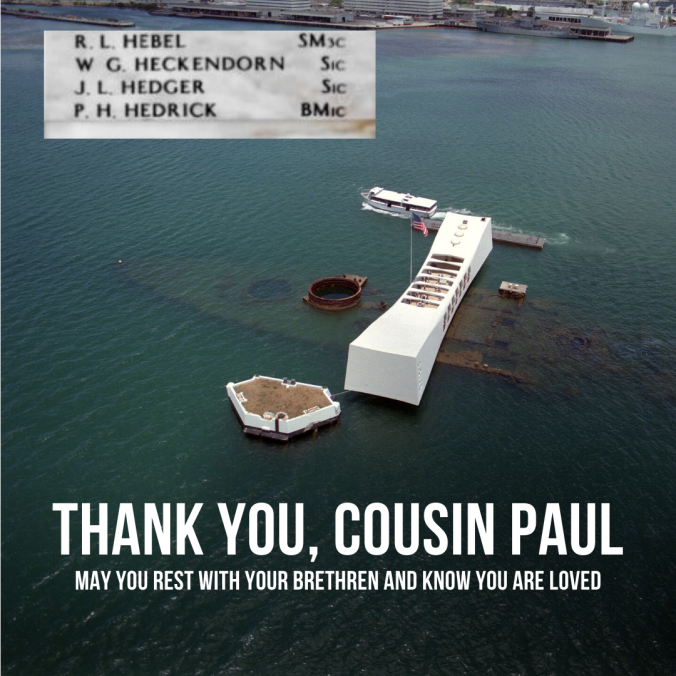 Have you ever wondered why the heroes and heroines of fantasy novels tend to lose their sweetness and vulnerability when they become a warrior? What is up with that? Don’t get me wrong, I love a good tale about the pushover who becomes the butt-kicking do-gooder but… do they have to lose all of their endearing character traits?

Nope. I don’t think so. And I’m sure I am not alone. When I sat down to write Eiagan’s Winter, I had one plan I mind—my main character would be the personification of depression, anxiety, and anger—a way for me to grasp those seemingly insurmountable circumstances and overcome them. As I wrote, though, I discovered my main character had a lot more to her than grit and fury.

Beneath everything, there was a spark of humanity. She was feminine and soft, and everything you wouldn’t expect a heroine to be. I don’t want to spoil the book for anyone who hasn’t read it, but consistently I receive reviews that start out something like this… “I wasn’t sure I would like this at first because the main character is so unlikeable, but the more I read, the more I saw her layers.”

That’s what I wanted! I was so excited people received Eiagan the way I intended her to be—complex! Let’s face it. We all have our moments when we can’t even stand the sight of ourselves in the mirror. We have days when people are our worst enemy, and we lash out. But we also have days where we are exactly the right soft spot for another person to land.

So, tell me, what books have you read where the main character remained true to themselves, or better, showed more sides of themselves to the world as they fell into their role as the hero or heroine? What characters do you love most because they didn’t harden themselves or turn into an egotistical jerk just to be “strong?” Or maybe the reverse happened. Perhaps the character was hard and softened as they grew into their roles? Send me to all the great books! 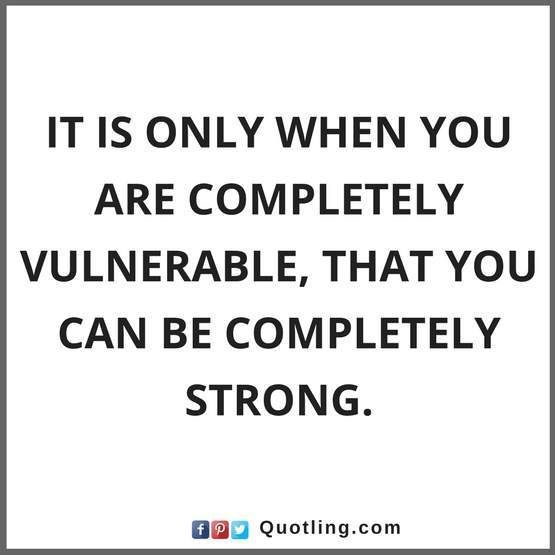 Sigh… I really wanted to be more active on my blog this year, but just about the time my schedule opened up, the world went a little sideways and every idea I had, became useless. I couldn’t exactly tell people all the best places in Savannah to find used books, or where the best coffee is, or my favorite places to write when no one could leave their homes, could I?

Well, even though the world is still a bit confusing, I decided to jump in anyway. The good Lord willing, I plan to post every Monday! I have also started revamping my social media posts, so follow me on Facebook or Instagram if you want to keep up with the latest including character interviews, contests and giveaways, book discussions, and more.

Now that’s out of the way… I decided to get back into the groove slowly by writing a letter to my future self as a way to remind me how resilient I can be. I urge you to do the same! Share them with me if you’d like (I can keep a secret!)

So, without further ado… a letter to me.

Dear Me in Ten Years,

As I write this letter to the future you, I’m ignoring all the alerts on my phone about COVID-19, that virus that rocked everyone’s world and turned society upside down with a bigger thud than that time you forgot to grease the bundt pan and the cake wouldn’t come out. You remember that—you had to whack the thing six ways from Sunday to get it out. The problem was, even though you whacked and prayed, it still came out in pieces. It looked like it went through a blender, but it was tasty all the same.

Life is like that. No matter how hard you try to plan ahead, something always gets in the way. Remember ten years ago when you thought you had it figured out? You just knew you’d finish up your master’s, get a fantastic job in finance, and never look back. Well, now, here you are hating math and loving literature.

Who would have thought? Your fifth-grade teacher, that’s who. Should have listened to him when he said you “should be a writer.” But hey, you’ll never forget the day you sat down (between Lily’s first and second nap) and wrote the first chapter of an idea you had, one that was swimming in your mind for months. It sucked. Like, really, really sucked, but it sparked something deep inside, a talent you didn’t know God gave you. And now, can you think of anything better than being a mom, homeschooling, and writing for a living?

Nope. And that is the point. Ten years in the future, something will be standing in your way again, because there is always something in the way. There’s always something threatening to topple your world, but it doesn’t have to stop your world. Don’t forget that time during a pandemic when you were more prolific than any other point in your life—seriously, woman, you taught your five-year-old how to read, released several books, wrote another, ran a household, and so much more while the world was in an uproar!

Remember to have compassion, empathy, sympathy, and patience, not only with others but also with yourself. Be kind, be loving, and above all, keep putting your faith where it belongs—in God because He did not fail you when you needed Him most.

Now you tell me, if you could send a message back or forward in time, what would you say to yourself? 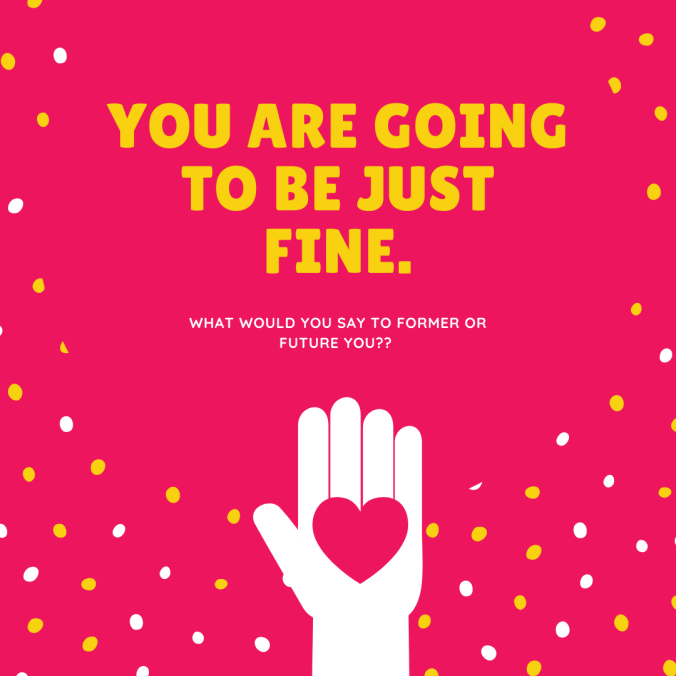